A Song For Europe 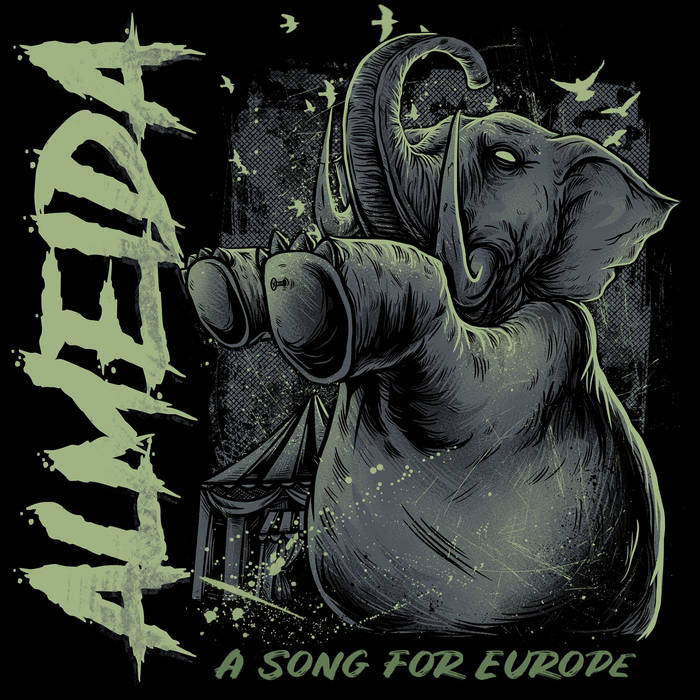 ‘A Song For Europe’ is the first single from Almeida since the critically acclaimed 'Social Media Circus' EP.

‘A Song For Europe’ (lovingly named after the classic Father Ted episode) is a one-minute burst of technical melodic hardcore - produced and mixed by Andy Dazzler of Manchester’s Through the Roof Recording Studios.

“The lyrics express how, especially since that time, we’ve felt far more at home on stage and at shows on the mainland than we do back in England, where the atmosphere and attitude to those deemed to be outsiders or ‘traitors’ has become so dangerously toxic.

The ‘elephant in the room’ referred to in the song and its corresponding artwork relates to the inescapable embarrassment that came from introducing ourselves as being from the UK, especially around the time of the referendum. Everybody wanted to ask about Brexit, and of course it was the thing we were least excited to talk about.”

This longer two-minute version of the track (including a grandiose orchestral introduction) is available to purchase alongside a brand new, limited-edition ‘Elephant’ T-shirt designed by MaggotsArt (see Merch section).

These will be printed on high-quality, ethically sourced garments, designed for maximum comfort:

Forty-eight to fifty-two.
Does the caricature ring true?
Four lions on a stage but there's an elephant in the room.

A tantalising web of lies.
If only we could have held back the tide.
(There's more that unites us)
Oh, how we tried.
Humbled.
A dry mouth mumbles the land we're from.
Better alone?
We can't recognise our own!
(Here in this room, with all of you. Right fucking here, right fucking now)
This is our home.

Bandcamp Daily  your guide to the world of Bandcamp

Featured sounds by K.Spark and WIZDUMB, plus Basi joins the show to discuss his latest release.